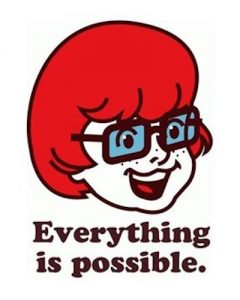 I’ve written many times about this idea that I am lots like my seven year-old son who has autism.  I think I really get him sometimes (except when he decides to empty the contents of the tub onto the bathroom floor, causing me to start screaming “UGHHHHHHH I JUST DON’T GET YOU!”).  Like J.R., I don’t like change, and I NEED TO KNOW what’s coming next- you should see the fits I throw when my cleaning lady cancels on me last minute, and I’m still reeling from Clinique’s announcement that my tinted moisturizer is being discontinued. Ha!

All kidding aside, I try to look at what are perceived as J.R.’s “negative” traits and translate them into something palatable, therefore keeping me from going missing on purpose.  I attempt to relate, even if it’s a stretch sometimes. I think it really helps me, though surely J.R. doesn’t share in my anxiety that the Hallmark store closed at our local mall.  Considering that J.R.’s condition has me feeling most days like I live with an alien from the planet Moviefone, I need these mind games.  Reality is just too painful sometimes.

It doesn’t help that my typical four year-old son is a true carbon copy of his dad.  No need to squint for this comparison. From their obsession with Marvel comics to their desire to perfect their coq au vin recipes, they couldn’t be more alike.  Two friggin you know what’s in a pod, and I am pea green with envy. I may leave home if Jack gets any better at baseball, further proving he’s his daddy’s son.

To recap, J.R. and I have nothing but “issues” (and freckles) in common.  No fun. Jackson and hubby Tim get to be four years old together- amusement park level fun.  Sigh.

Yet there is hope. J.R’s latest fascination with classic cartoons has really lifted my spirits.  It started with Scooby Doo. I absolutely melt when he insists I sing the theme song with him, and I nearly fainted (I swear I am not making this up) when he inquired as to why every episode featured a fake ghost.  His smarty-pants twin brothers (Jackson and daddy) probably hadn’t even put two and two together on that one!

The Pink Panther has J.R. in such stitches that I fear if I introduce The Aardvark and the Ant he may lose all bowel control.  And Tom and Jerry?  Don’t even get him started.  He and Jackson assign one other roles at the beginning of each episode.  J.R. likes to be Tom, and Jackson the baby mouse, not to be confused with Jerry.  I am left with Tom’s lady owner that lives to smack him in the face with a broom or frying pan.  Disturbing, I know, but I am honored to be a part of their game. Equally disturbing? Watching Daffy Duck get his bill blown off with a shotgun!  I’m no prude but didn’t they edit that “looney” shit out back in the 1980’s?  I digress.

Am I satisfied that J.R. and I finally have something pleasurable, even cool in common, even if it’s simply a mutual love for the Mystery Machine van? Sure! What really gets to me though is the sense of nostalgia I feel when these shows come on.  I enjoyed them so much when I was a little girl, and to see J.R. get as much pleasure out of them brings the hugest smile to my face.  As in the 1970’s yellow smile icon.  And with the exception of some inappropriate scripting of “Yabba Dabba Doooooooo” here and “Scooby-Dooby-Dooooooo” there, J.R. interacts with these shows as any other boy would. He gets it. He follows the plot, laughs out loud, and even tries to look up Daphne’s purple skirt.  Wait until he discovers Gilligan’s Island’s Ginger in live action.

Ultimately, observing my children enjoy these old school programs takes me back to a much more innocent time- a time when I didn’t even know what boys were, much less know what my life had in store for me and my life sized Holly Hobby doll.  Life was uncomplicated, even for the adults in the room (who were chain smoking a foot from me, lol).  We marveled at The Jetsons’ technology, and had Jim Henson’s genius to look forward to.  Autism?  It may as well have not even been “invented.” I can feel still feel shag carpet under my feet and smell a TV Dinner burning in the oven every time I tune in with my 21 century family.  Ok correction, cartoons only appeared on Saturday mornings, which made them all that more special.

As an added bonus, my husband and I have had the greatest conversations about those special weekend mornings of old.  I am in hysterics listening to Tim butchering School House Rock lyrics….conjunction function, what’s your junction? He is in utter disbelief that I chose to mental block any memories of that creepy The Banana Splits.  Hell, just discussing the corresponding cereal brands we consumed has us sharing sidesplitting memories.  I liked Fruity Pebbles while young Timmy was Koo-Koo for Cocoa Puffs.  That explains a lot.

My point in all of this?  The whole process is a needed escape from the general suckiness that autism offers- from observing my children acting out a Captain Caveman vs. Hong-Kong-Phooey-esque battle to looking back upon a much revered era in the arms of a beautiful man who lived it as well.

As for the Velma meets Grouchy Smurf relationship I have with my autistic son?  I will NEVER STOP TRYING to be the Woodstock to his inner Snoopy, and I can only pray that he gleans the most incredible memories of such efforts.