Last weekend was supposed to be mine.  Every drop of it.  My charity was honored at a wonderful women’s event on Friday night, and I knew how spent I’d feel afterward: a chick like me needs to work hard at presenting her best self, believe me! For this reason, I packed the rest of my weekend with unprecedented doses of fun. I even hired a sitter. Yes you heard that right, a sitter; brace yourselves! By midmorning Saturday, I had consumed a pound of bacon drenched in chocolate (while donning a bacon themed tutu). I capped off the weekend on Sunday by allowing a beautiful Miami breeze blow my skirt straight up and over my head (okay maybe just over my waist- the skirt was a little short). Sandwich about twelve-to-fifteen alcoholic beverages in between and you’ll get a more full picture of the exceptional debauchery. An autism mom like me who spends 99.99% of her time doing laundry and the remaining 85% of her time struggling to help her 2nd grader with his math homework (surprised?) deserves to go off-grid once in while.  And boy-oh-boy was I glad I did.  Nothing could have prepared me for what I’d face when I got home Sunday evening (insert hiccup sound).

I have one more kid to shower before I get to partake in the most highly anticipated plan of my weekend- an early trip my cozy bed.  Then come the words every parent fears: “Mommy, my head itches.”  I freeze.  Lice had been going around my seven-year-old Jackson’s school, and a quick inspection of his hippie locks confirms my close-to-worst fears. Unless of course it’s normal for one to have piles of bug shit in his or her hair. I wish I were kidding. The look on my face alone sends my ultra-sensitive son into an emotional tailspin. Tears flow. He cries “I’m scared mama, hold me” and I recoil as if he were speaking in Louse. Suddenly I remember that Jackson had been suffering from nightmares and had subsequently crawled in bed with me for the past few nights. Did I mention how much he loves my pillow? I scream out my husband’s name then squeeze my little biohazard, hard.

Ever have one of those moments when you think “Now what?”?  Because I had allowed my cleaning lady (me) the weekend off, my house looks like Charlie Sheen had entertained in it.  I don’t know about you, but it’s hard for me to function when I am surrounded by disorder.  At this moment my mind simply cannot focus.  It’s as if someone came on the intercom of life and announced 1) Elvis has left the building and 2) we interrupt this mess to provide you with an even bigger one.

I text two of my geographically closest friends:

Jackson has lice.  I am in a panic. Send help. And vodka.

J.R., my son with autism, walks into the bathroom where Jackson and I stand, white as sheets.  He asks what is going on.  When I tell him that Jackson has lice and I am paralyzed, he points at as both, laughs, and screams “HA!”  Jackson cries harder.  Then it hits me.  What if J.R. has lice? Advice starts pouring in via text and phone calls. Due to my current unbearable thoughts of autism with a side of lice, here are the few snippets that I glean:

As I try to relay some of this undoubtedly useful information to my husband he turns and walks out the door, drugstore bound. And not before he says “You do realize that you’re scratching your scalp, Kristi.”

To add insult to injury, my sister texts me this picture (note the caption).

It is only a matter of time before my brother-in-law Photoshops the image into a fantastic Vannatta Christmas card.  Fucker! Why does everyone hate me?  Oh and P.S., whatever you do, never EVER Google “lice.”  You’ll never sleep or eat again.

In the end, (um, it’s now Thursday) I realize that nobody hates me but the God who put lice on this planet.  In the process of delousing my home, I realized how blessed I am to have such amazing friends.  Yeah, you know who you are. Neither J.R. nor I ever got lice and I still can’t believe it.  I’ve lived to blog another day and, you guessed it, to allow other families to benefit from my louse-y experiences. Ha! Looking on the bright side (because I heard that lice hate sunlight) I’ve prepared a list of reasons why living alongside a parasite is survivable, and can be a source of unparalleled entertainment.*

*I’m lying, but you can keep reading anyway.

Okay there aren’t any, really, because the bad karma isn’t worth it.  Although one friend asked what was “bugging me” and another mentioned it was “lice to see me” after I’d spent 48 hours indoors inhaling carcinogens.

2. You are introduced to new and exciting products you didn’t know could slowly kill you.

Who knew that rosemary is lice Kryptonite? Who knew that rosemary water smells amazing at the first 200 sprays, then immediately morphs into eu-de-plague at spray 201? My ultimate weapon? A product that kills lice and eggs on non-washable items, like furniture and carpet.  I am on my third can, and even dedicated an entire can to Jackson’s right shoe.  I used it on everything imaginable and even considered replacing my deodorant with it.  Not until this morning did the list of “precautionary statements” catch my eye.  Apparently it is hazardous to humans, domestic animals, and anything that wants to live if it isn’t rinsed vigorously with water for 15-20 minutes after accidental contact. Oops.

My 39 year-old eyes are supposed to read this? As if!

3. That chance to start over.

I was almost this lucky.  Near collapse after washing no less than 42 loads of laundry (but who’s counting), I decide to take the advice to suffocate the parasite by placing certain items in garbage bags.  P.S. If you do this, don’t forget to weld the bags shut.  Currently, my garage is overflowing with ginormous bags of stinky Tae-Kwon-Do sparring gear, guestroom pillows, backpacks, baseball caps, pool noodles, my husband’s P90X DVDs, approximately 42,000 stuffed animals, and the neighborhood stray cat.  For a moment, I feared my husband would mistake the bags for real garbage.  For more than a moment, I hoped he would. 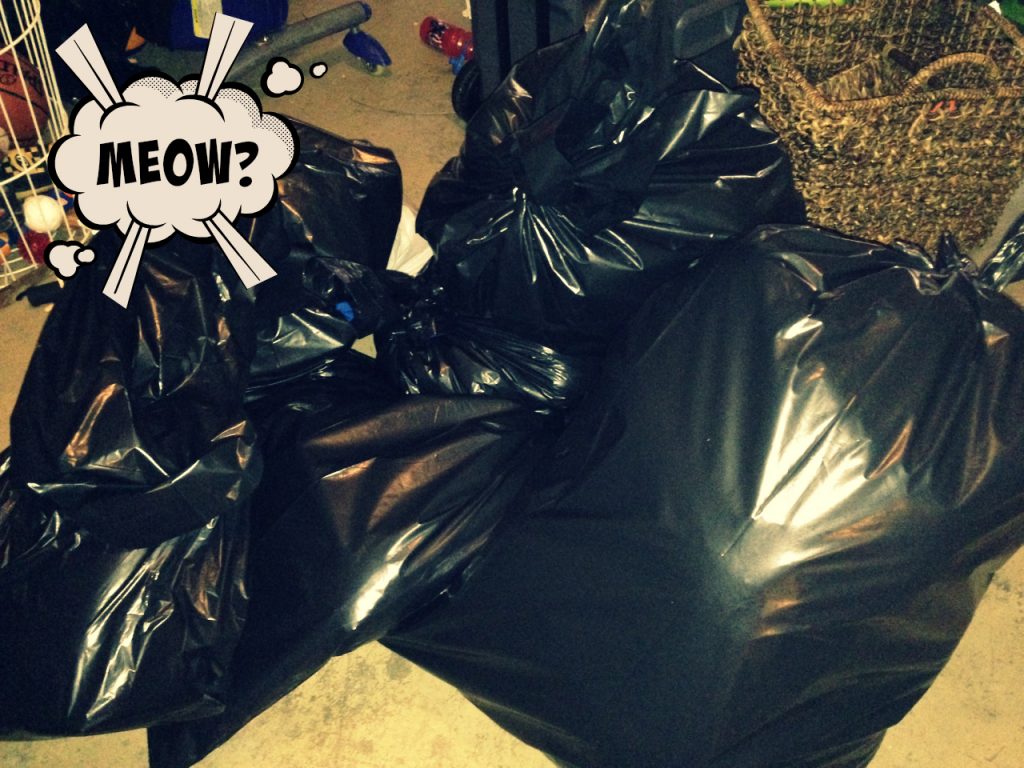 4. Your house will never be cleaner, nor will you be more prepared when Ebola reaches American soil.

Oh wait, it already has. All kidding aside, how often can you brag that every lick of laundry in your house is clean, folded, and put away? Okay maybe that isn’t much of a brag.  And as much as you read about contracting lice and it having nothing to do with a lack of cleanliness, the experience turns you into a full on germophobe.  As I am typing this, Jackson is handing me his tooth that just fell out.  No I am not making this up! I plan to scrape off its tartar then boil the tooth before inserting it into the tooth fairy pillow. Then I will fashion a tooth fairy sized HAZMAT suit of crocheted rosemary needles.  It will be beautiful. Too far?

On Fridays, Jackson wears a special t-shirt with his school name.  I hadn’t seen it around, even after washing every single solitary item in my home that I couldn’t burn or throw away.  I just found it crammed smack in the middle of a pile of pillows, blankets, sleeping bags, (40) stuffed animals, and two Pottery Barn beanbags that I had NOT tackled.  They were safely stored in a closet that is rarely used.  Here we go again …