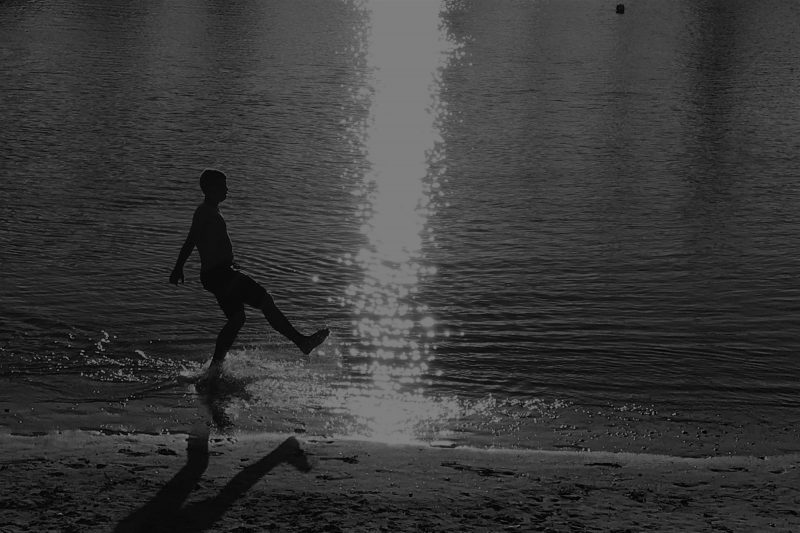 J.R. playing at his heaven on earth, beautiful Dubois Park in Jupiter, Florida

Once again my son is on one of his kicks, and little does he know all he needs is a bucket to fulfill his current obsession. No we’re not perseverating over the topic of orcas (this week), or who he’d take down in a fight more quickly: Captain Underpants’ nemesis Turbo Toilet 2000 or the contestant J.R. is losing to on Jeopardy! tonight. My boy, who just so happens to have autism, is now utterly engrossed in the topic of reincarnation. He may talk it up until the actual end of days.

Oh my sweet J.R., what will I ever do with you? The thought of you negotiating with an angel a-la Warren Beatty’s 1978 character in Heaven Can Wait (swoon!) melts yet breaks my heart, but can I blame you? We all want to live on forever, I get that, but J.R. you share NASA’s dreams for Steve Austin! You EXPECT to return to this earth better, stronger, and faster.  My Six Million Dollar boy will be rebuilt, and he does have the technology. Just ask him.

Because that “idiot” Santa failed to gift him peregrine falcon wings this past Christmas, J.R. has suddenly placed all bets on Jesus.  I guess we sorta told him Jesus never lets anyone down? Armed with this knowledge, J.R. now figures he has carte blanche to ask to become whomever he wants at the next go-around. At this very second, it’s a wolverine. Not the Hugh Jackman kind, darn it. This all thrills him and listening to him “fantasize” is sweet. There’s just one catch: reincarnation is a product of, well, dying. And I’m pretty sure that reincarnation is outside the scope of Jesus’ beliefs but what’s a girl to do? My husband and I can’t do much but entertain these conversations, because what’s the alternative? Tell him to STOP talking about Jesus and God and how much he loves them (for purely selfish reasons, yes, but that’s not the point)? Deny that we all have to die someday?

I have to be honest. All this morbid talk at the dinner table (and in the car, and on our nightly walks, and at the beach…) has felt quite nice, actually.

Listen, if it were me who believed wholeheartedly in reincarnation, I’d count on coming back as Diane von Furstenberg.  And ultimately one of my cats. That’s quite a change from who I am at the moment, but J.R. only wishes for a few bionic enhancements.  He likes who he is! How refreshing. In fact, no matter what form he takes the only real concern he has is that it’s a male one. Duh! This guy appears to be so evolved in so many ways; I wonder if…nah…it couldn’t be.

As I reach the stage in my life when I truly should be thinking about my own mortality and what that means as I a raise a human who requires mothering until the day he dies, I find this all mildly comforting. Obviously, J.R. does not fear death. Do I speak the obvious and tell you how helpful this fact is, for all parties involved?  I hate to type the words, but it does have me rethink leaving this earth kicking and screaming as planned.

Setting all religion aside, I want J.R. to believe everything is going to be okay if and when he loses one of us.  Or when God forbid he himself approaches death’s door. I know this is every parent’s wish, but in our case we have a son who constantly fears many things others don’t- like his dad’s singing voice and the prospect of being :01 seconds late (or early) for school. There are days we can’t guarantee J.R.’s mood for even an hour at a time, so to have him consistently take anything as gospel is a gift: even if it’s his own, self-serving version.

So if one day you spy J.R. calling out “here kitty, kitty” to a random fat and happy tabby, you’ll know I’ve passed.  Also, if by chance you see me with Hugh Jackman, know I convinced J.R. to have a more open mind about reincarnation. And that heaven must be missing an angel.